Background I grew up on my parent's farm in Lincolnshire, England where we raised cattle for beef. In 1986 I went to study Accountancy in the Steel City (Sheffield) and have stayed there ever since. Sheffield is the fourth largest city in the UK. I am married with two children. Music I like heavy metal, thrash, hard rock and punk. I grew up listening to Saxon, Iron Maiden, AC/DC, Sex Pistols, The Clash and Judas Priest. I can also be found listening to U2, John Lee Hooker and Iona (celtic). My favourite bands are Demon Hunter, Disciple, Altar Bridge, Saint, Stryper, Judas Priest and Megadeth. One of my favourite albums is Demon Hunter "The Tryptych". Hobbies Going to gigs, taking video and putting it on youtube. My web pages http://uk.youtube.com/WhiteMetalMan http://twitter.com/PJW_reviews 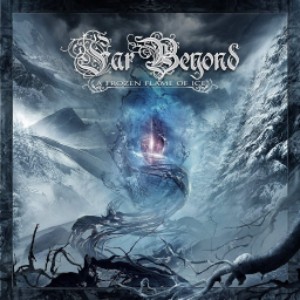 Far Beyond (Germany) is a solo project from Eugen Dodenhoeft. He has released ‘The Bleeding Rose’ (2003 Demo), ‘An Angel’s Requiem’ (2005) and ‘Songs of Hope and Sorrow’ (2009). Another of his projects is Euphoreon where he collaborated with Matt Summerville (New Zealand) and released a self-titled album in 2011. The latest Far Beyond album sees Eugen enlist some guest musicians for ‘A Frozen Flame Of Ice’ (Sept 2016).

Whilst the earlier releases were described as melodic death metal, there has been a move towards gothic, progressive and dark symphonic metal due to the mix of vocal styles. Also the melancholic nature of the lyrics leads it down another path too.
END_OF_DOCUMENT_TOKEN_TO_BE_REPLACED

Narnia were formed in 1996 by Christian Liljegren (vocals) and CJ Grimmark (guitar). In 2008, Christian Liljegren left for personal reasons and was replaced by Germán Pascual for ‘Course Of A Generation’ (2009). The band had by this time released six studio albums, one compilation album and a live CD and DVD. Their style has been compared to Kamelot, Royal Hunt, Yngwie Malmsteen and In Flames. At the start of 2010 CJ Grimmark made the decision to put Narnia on indefinite hiatus. The break went on to last for nearly four years.

In late 2013, CJ Grimmark and Christian Liljegren started discussing a possible reunion and the idea of making another Narnia album. On 31 January 2014, the band announced it’s return. They celebrated the 15th anniversary of the classic album ‘Long Live the King’, by getting Narnia back on the road for a few shows. The line-up for their seventh studio album was Christian Liljegren (vocals), CJ Grimmark (guitars, keyboards & backing vocals), Andreas “Habo” Johansson (drums), Martin Härenstam (keyboards) and Andreas Passmark (bass). The new, self-titled full length album will be released worldwide on CD, Vinyl LP and on digital formats on 16 September 2016.
END_OF_DOCUMENT_TOKEN_TO_BE_REPLACED 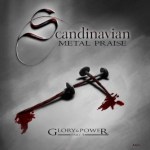 When you get sent an album to review, there are usually some details that come along with it. But this is not the case with Scandinavian Metal Praise, apart from their brief statement “We are a bunch of rockers praising God and His Son Jesus Christ with our instruments” and that they play “Politically incorrect praise & worship music”.

They value their anonymity and that makes writing a review tricky. It would be easy for me to get bent out of shape with the lack of facts. But then again, do we really need to know more than that they are a sincere group of believers who want to provide us with melodic metal praise and worship. They released their first self-titled album in 2008 (which was out on CD from Bullroser Records, Finland). Their second album ‘Glory & Praise – Part 1’ is currently available as a free download.

END_OF_DOCUMENT_TOKEN_TO_BE_REPLACED

Whilst people may hark back to Seventh Angel, they will find that MSW is a far different beast. A lot of band members have been agnostic or atheist. Some of the early lyrics that deal with faith were asking questions about faith and expressing doubt. After ten years the band decided it would be the right time to remaster their tracks for a compilation album. It includes sleeve notes from Ian Arkley and artwork from Matt Vickerstaff.

END_OF_DOCUMENT_TOKEN_TO_BE_REPLACED

Universal Mind Project was started in 2012 by guitarist and composer Michael Alexander. It began as a collaborative project between musicians from all around the globe to finally shape into a band with a solid nucleus consisting of Elina Laivera and Henrik Båth [Darkwater] on vocals, Michael Alexander on guitars and growls and Alex Landenburg [Luca Turilli’s Rhapsody] on drums.

Their style is modern progressive/power metal combined with the diversity of male and female vocals that spread from lyrical and fragile to soothing and powerful, as well as the use of growled vocal parts. The debut album ‘The Jaguar Priest’ was mixed by Simone Mularoni [Ancient Bards, DGM, Vision Divine] at Domination Studios and the impressive artwork was created by Jan Yrlund [Apocalyptica, Korpiklaani, Leah] at Darkgrove Design.